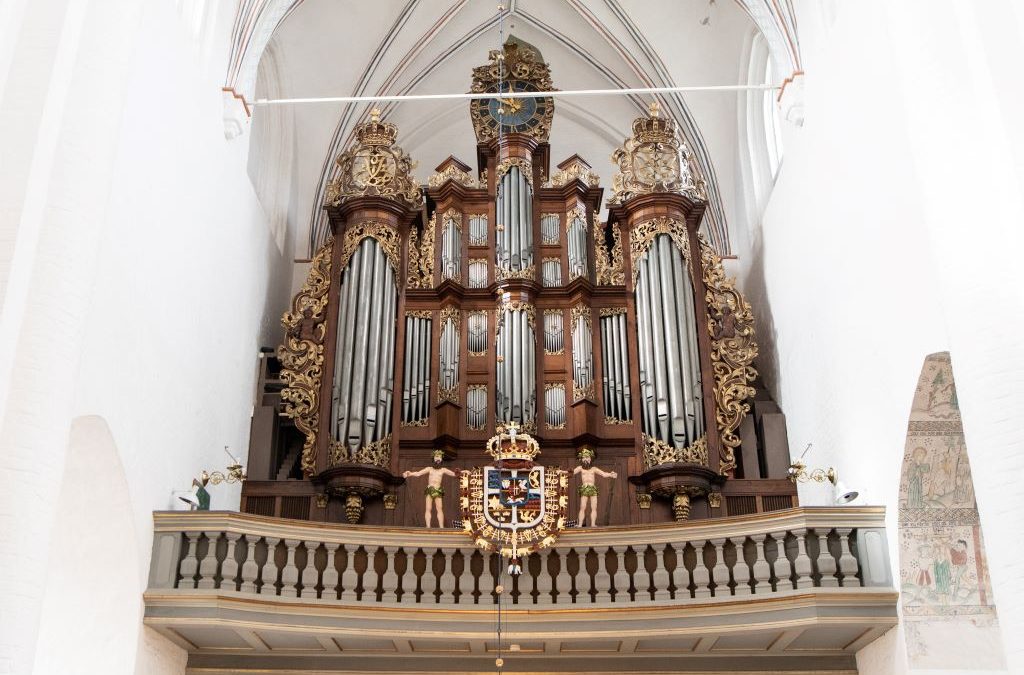 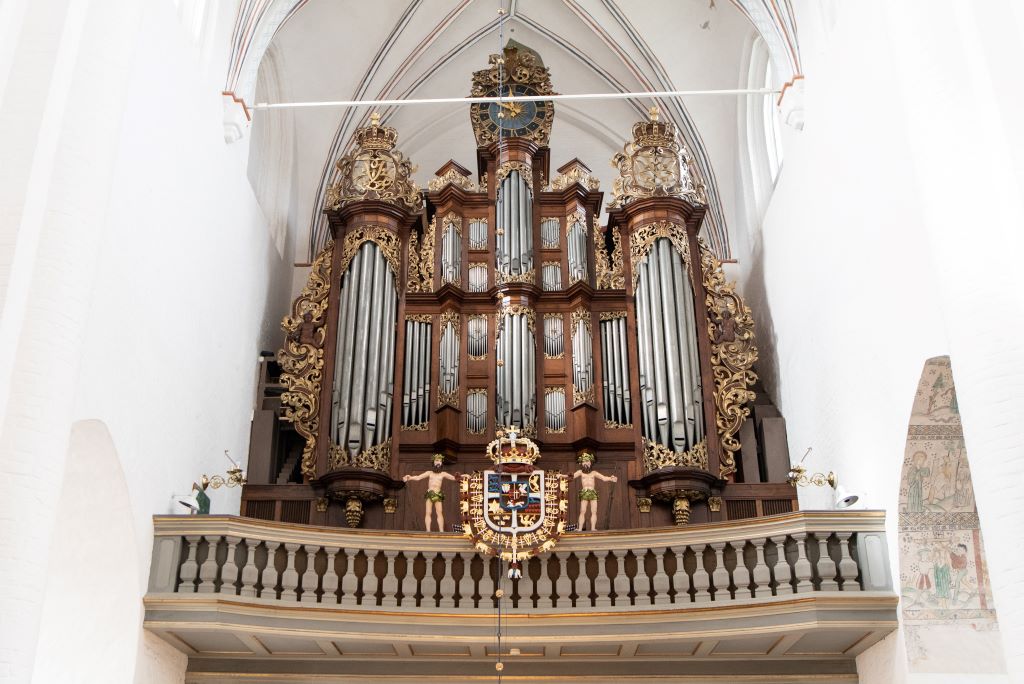 Aarhus Cathedral´s main organ was restored and reconstructed in the years 2018-2020. The main goal of this project was to recreate the tone colour from 1927-28, when the organ had been rebuilt and expanded by the organbuilder Th. Frobenius, among others with inspiration of the ideals of Albert Schweitzer. The organ now comprises 96 stops, with a total of more than 6000 pipes, which all are restored according to their original design and re-voiced. The wind supply, the electric stop action and the electro-pneumatic tracker action have been renovated. The 1928 console is refurbished and brought completely up-to-date in line with contemporary registrational requirements.The façade pipes from 1730 have been restored and the Præstant 8’ is brought back to sounding condition, and the façade ornaments have been restored by conservators from Bevaringscenter Nord. The instrument is now more equal in its visual appearance and in tune with the instrument from 1928. 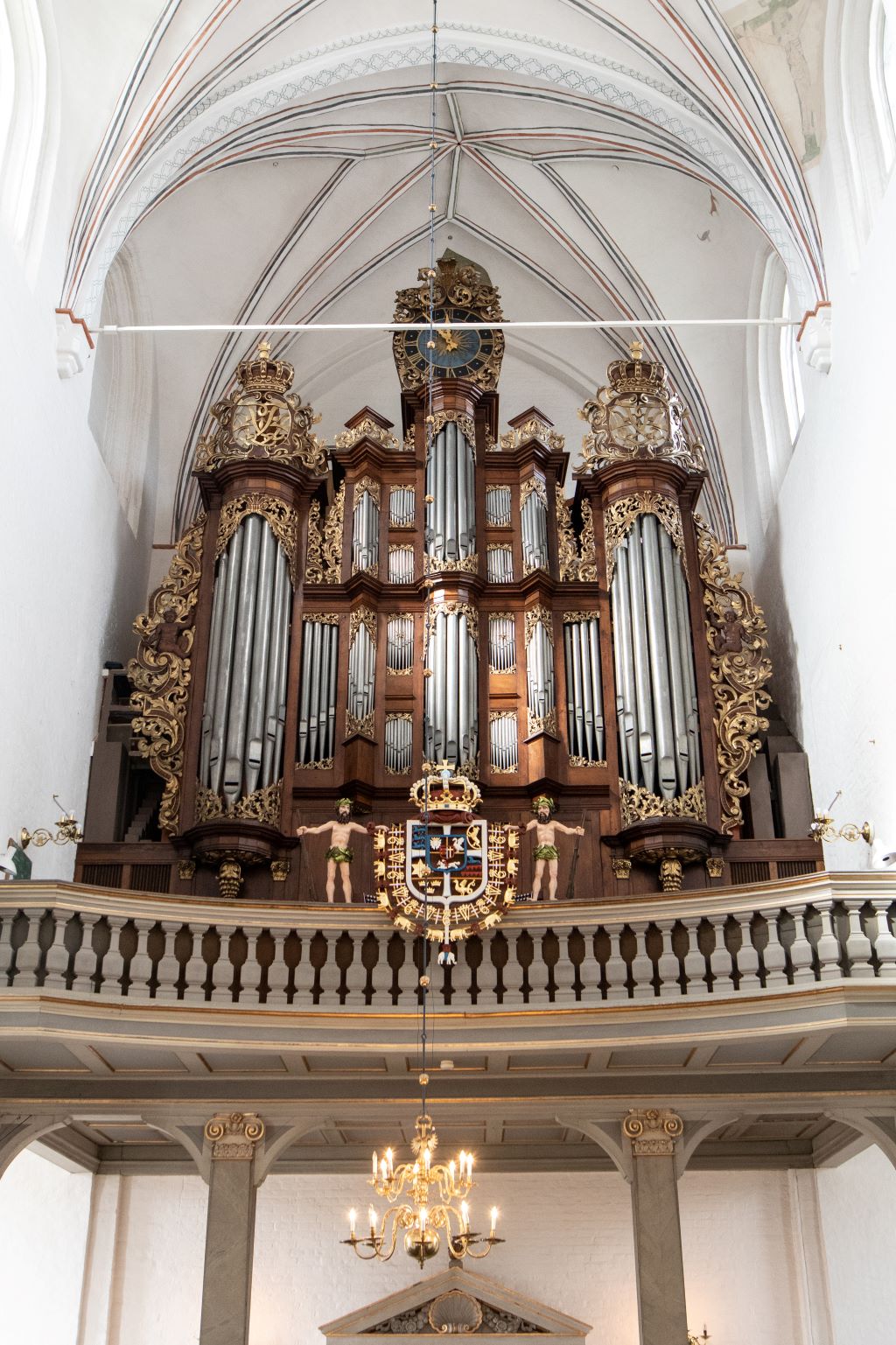 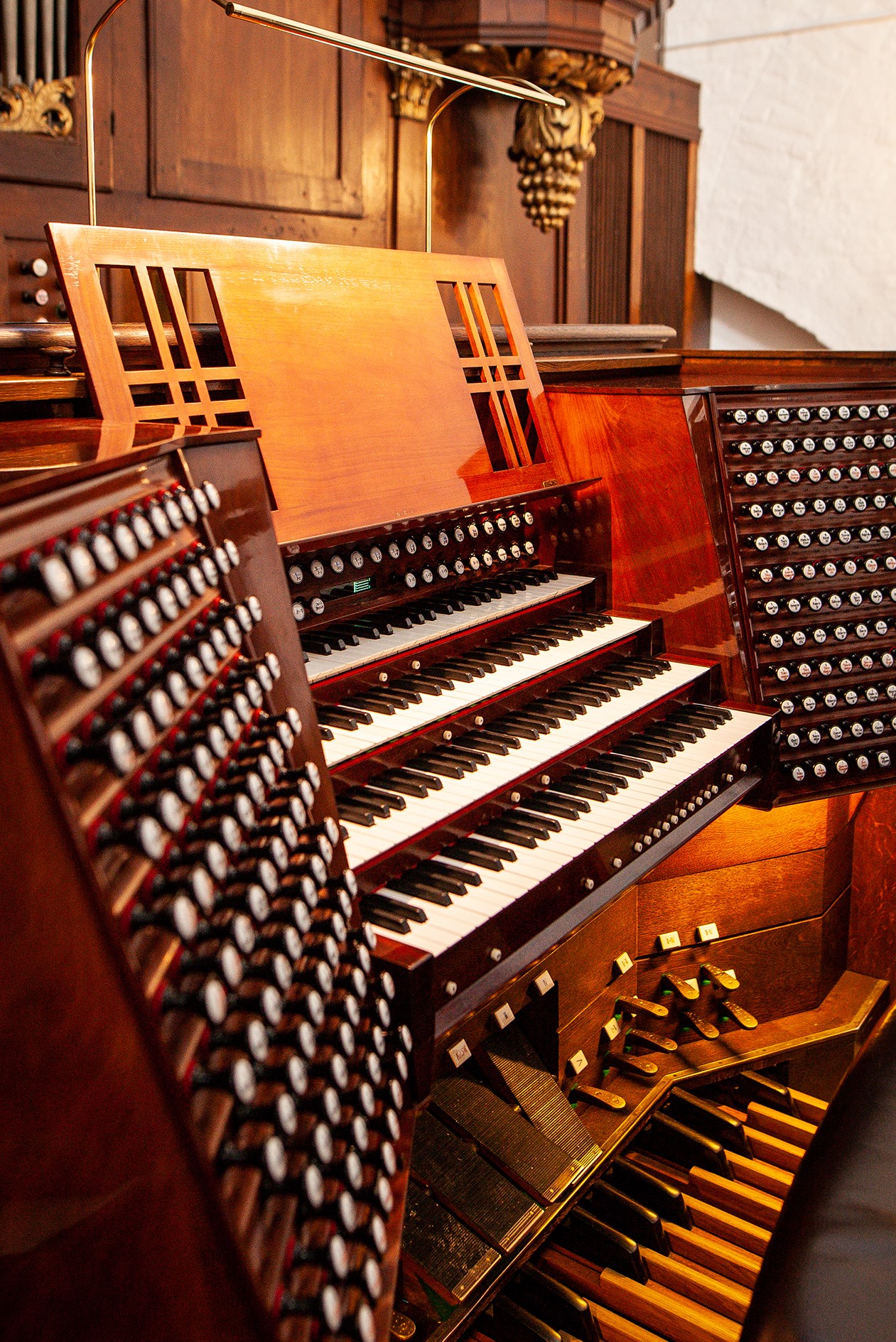 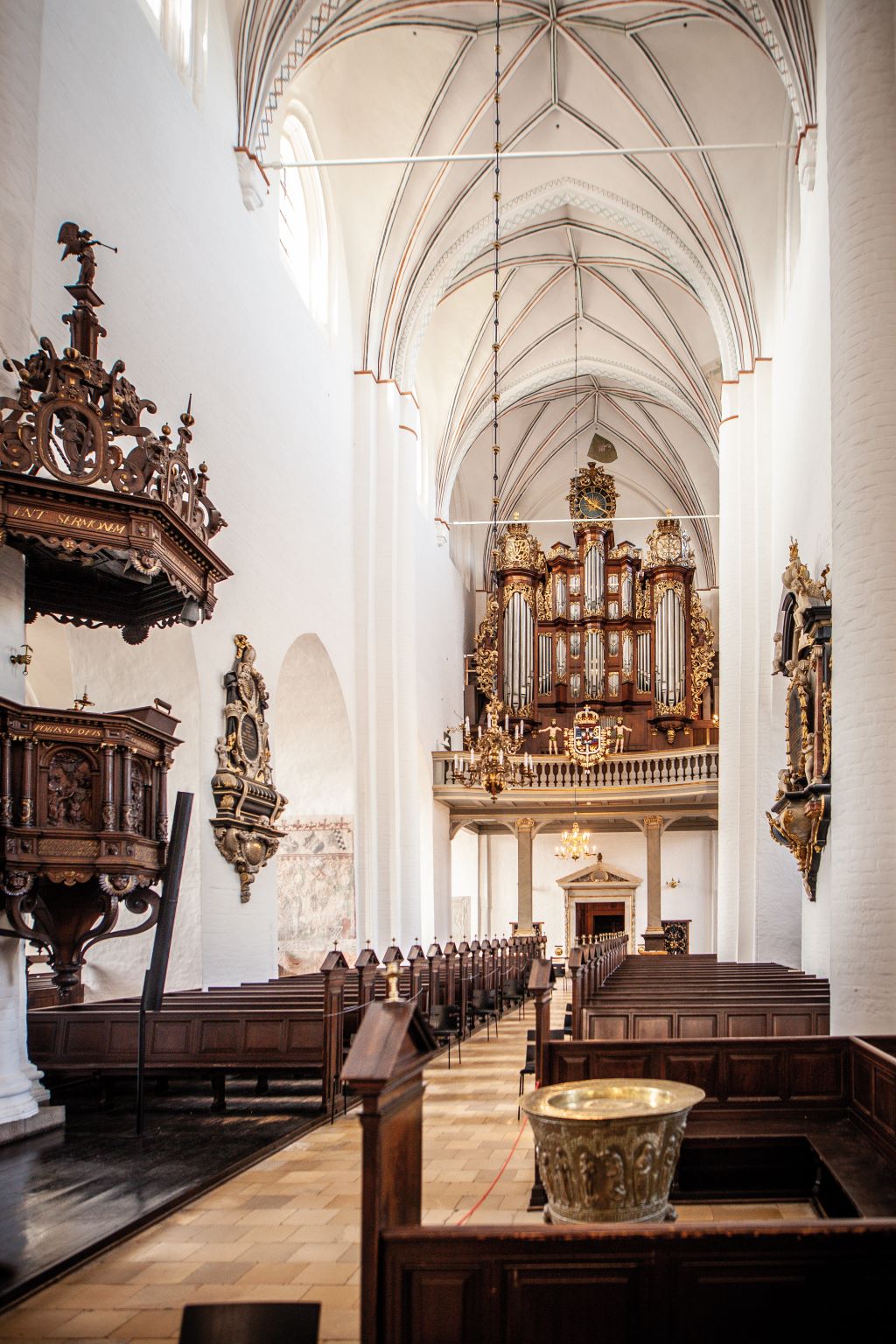 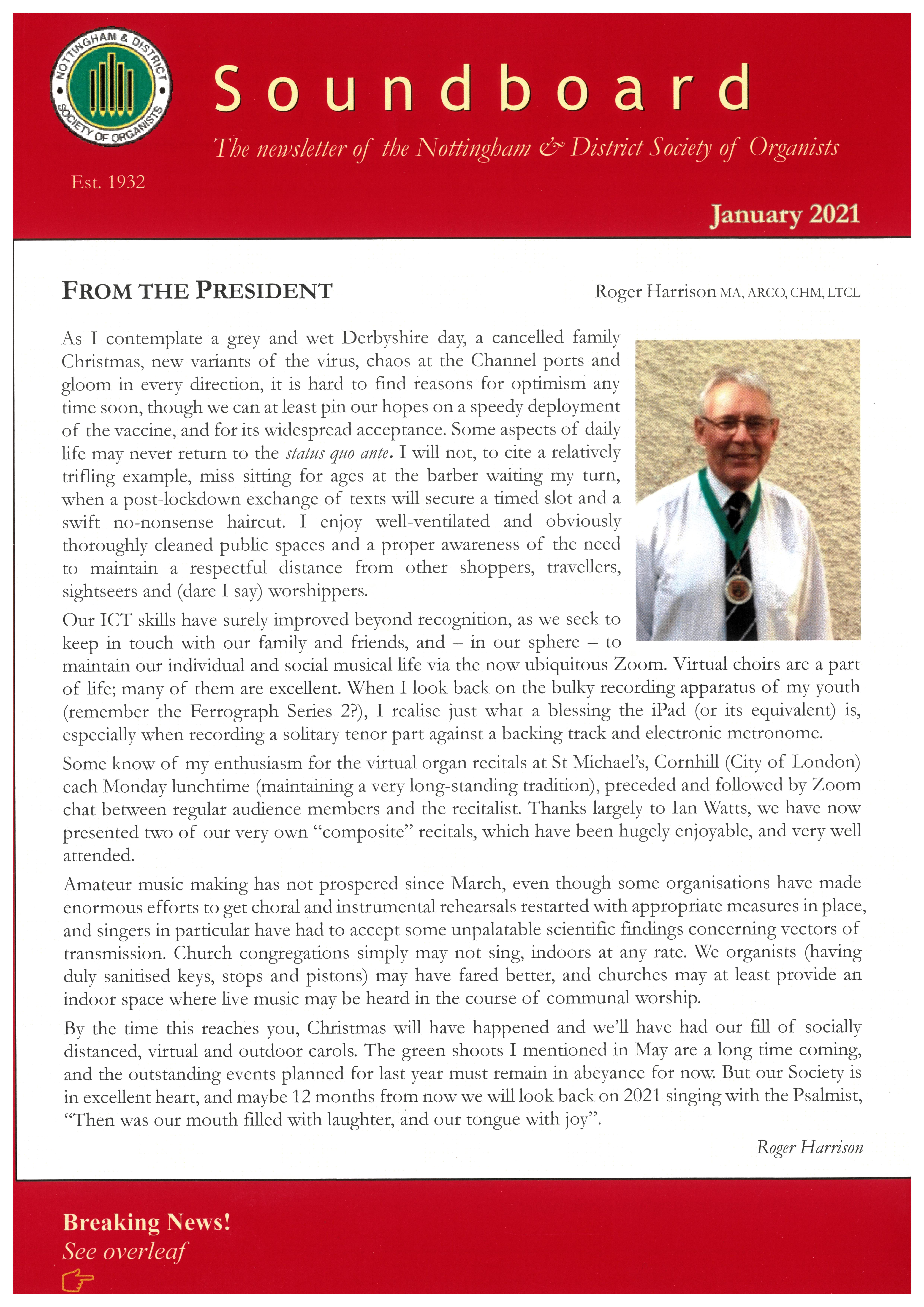