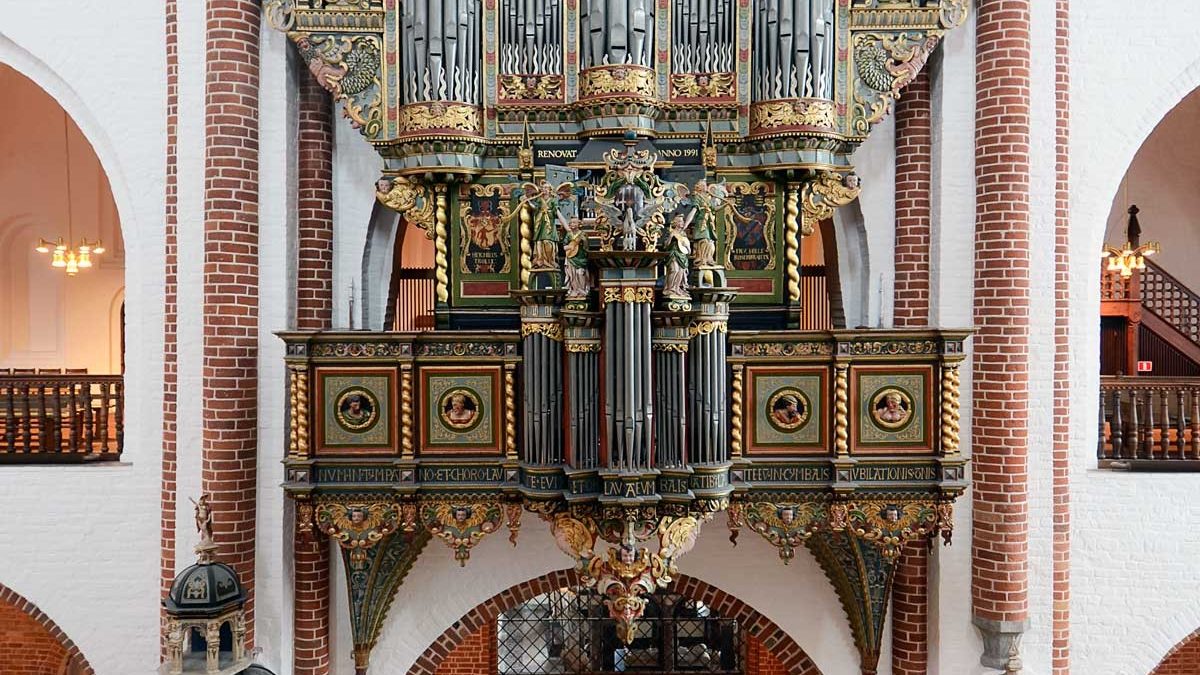 The organ in Roskilde Cathedral contains some of the oldest organ parts in Denmark, and has a complicated history which is already apparent when one views the organ from down below. The façade and construction of the loft include features from the Gothic, Renaissance and Baroque eras. In 1554-55 the Dutch organbuilder Herman Raphaelis Rodensteen built the new instrument, and the Rückpositiv façade which is in the Renaissance style is from this organ. The main façade of the organ and a number of decorations on the Rückpositiv and the loft parapet (the hanging ornamental figures, the twisted columns etc.) date from 1654 and are in the baroque style.

The organ of 1554-55 was modernized by Nicolaus Maas in about 1611. In addition the organ was probably also altered considerably, both technically and tonally, at the beginning of the 1690s. Apart from repairs and minor alterations the organ was almost untouched throughout the whole of the 18th century until 1833, when a major rebuild was undertaken by Marcussen & Reuter.

In the 1833 rebuild the old façade and about 50% of the original pipes, dating from the 16th and 17th centuries, were preserved. But the organ’s construction was altered in such a way that the main organ case, which had previously housed the Hauptwerk and Pedal, now only contained the Hauptwerk. The Pedal was erected under the arch behind the organ. During the the voicing of the old facade principal stops, Andreas Reuter made an important discovery, “the Reuter tuning slot”, which left its mark on 19th century organ building in a decisive manner.

The Marcussen & Reuter organ was virtually unaltered until 1926, when it was enlarged and rebuilt by Th. Frobenius & Co. After this rebuild the organ had no fewer than 57 stops. In the 1950s there was another major rebuild.

In the course of the 1980s it became apparent that there were considerable tonal and technical problems with the organ. A thorough investigation was begun as well as documentation and the drawing up of an inventory, and attempts were made to find all relevant archive material. The investigations were carried out by the cathedral authorities’ organ consultant Cornelius H. Edskes in close collaboration with the curator of the Cathedral Museum, Anette Kruse. The consensus of opinion was that the enlargements that had taken place in 1833 and in the 20th century were not compatible with the organ’s position as a “swallow’s nest” on the south wall of the cathedral. In addition to this, the considerable quantity – at least by Danish standards – of old pipes dating from the 16th and 17th centuries pointed towards the “re-creation” of a classical Danish organ from the time before 1700.

On the basis of the documentation of the older pipe material and as a result of studying the archive material (including that in Marcussen & Søn’s abundant collection of archives), it proved to be possible to restore the organ’s original construction and specification. The organ’s substructure which had been reinforced by steel supports in the 1950s was now re-created so that the original floor level could be restored. The organ cases were also reconstructed in their original form.

It was endeavoured to re-create the pipe-scales, alloys and methods of construction according to the old models, new windchests were built using the old Rückpositiv chest as a model, and the organ acquired a system of wind supply on classical models with four large cuneiform bellows.

In the 20 years which have elapsed since the organ began to be used again, its beauty of tone, in harmony with the remarkable acoustics, have made it known far beyond the national boundaries. 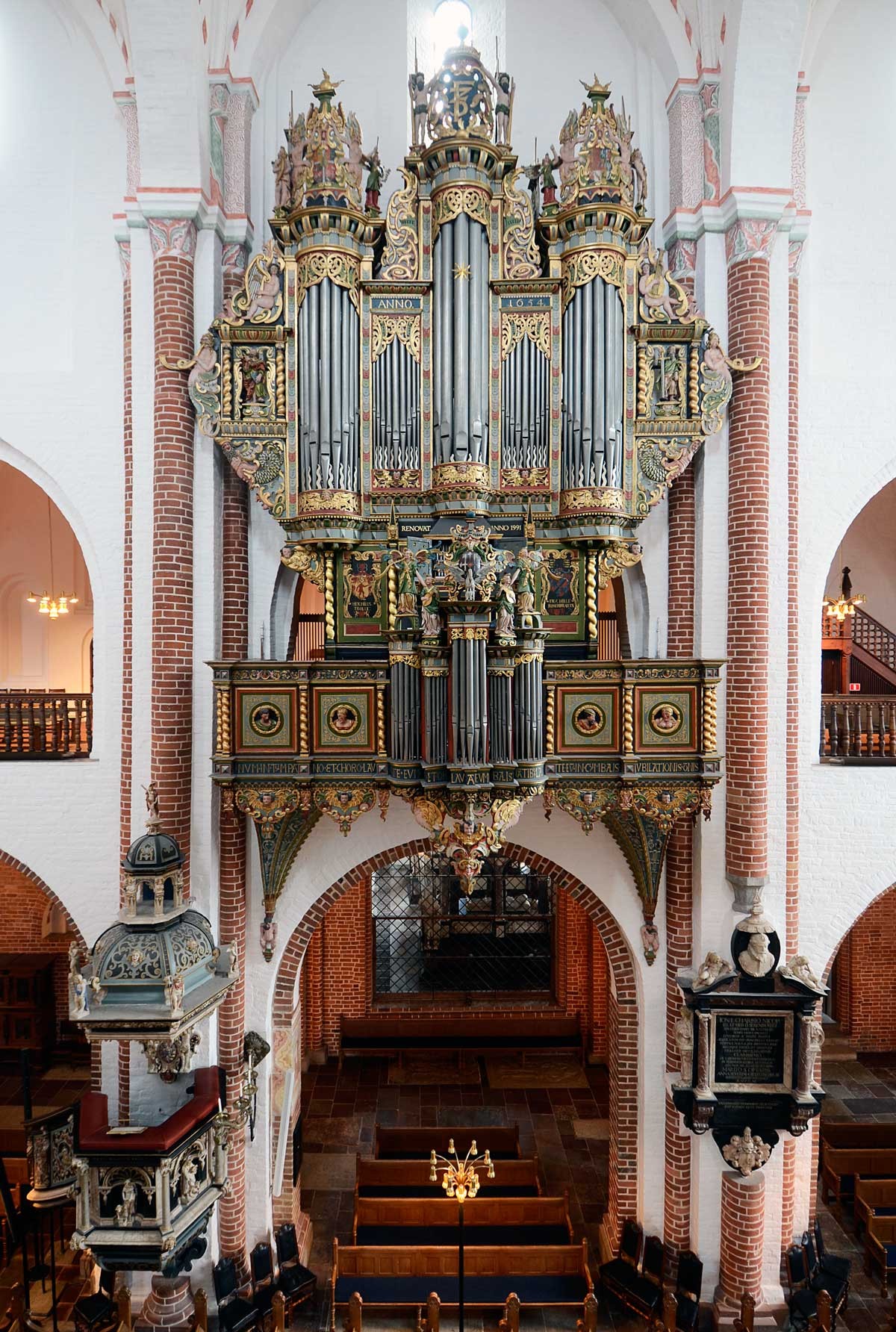 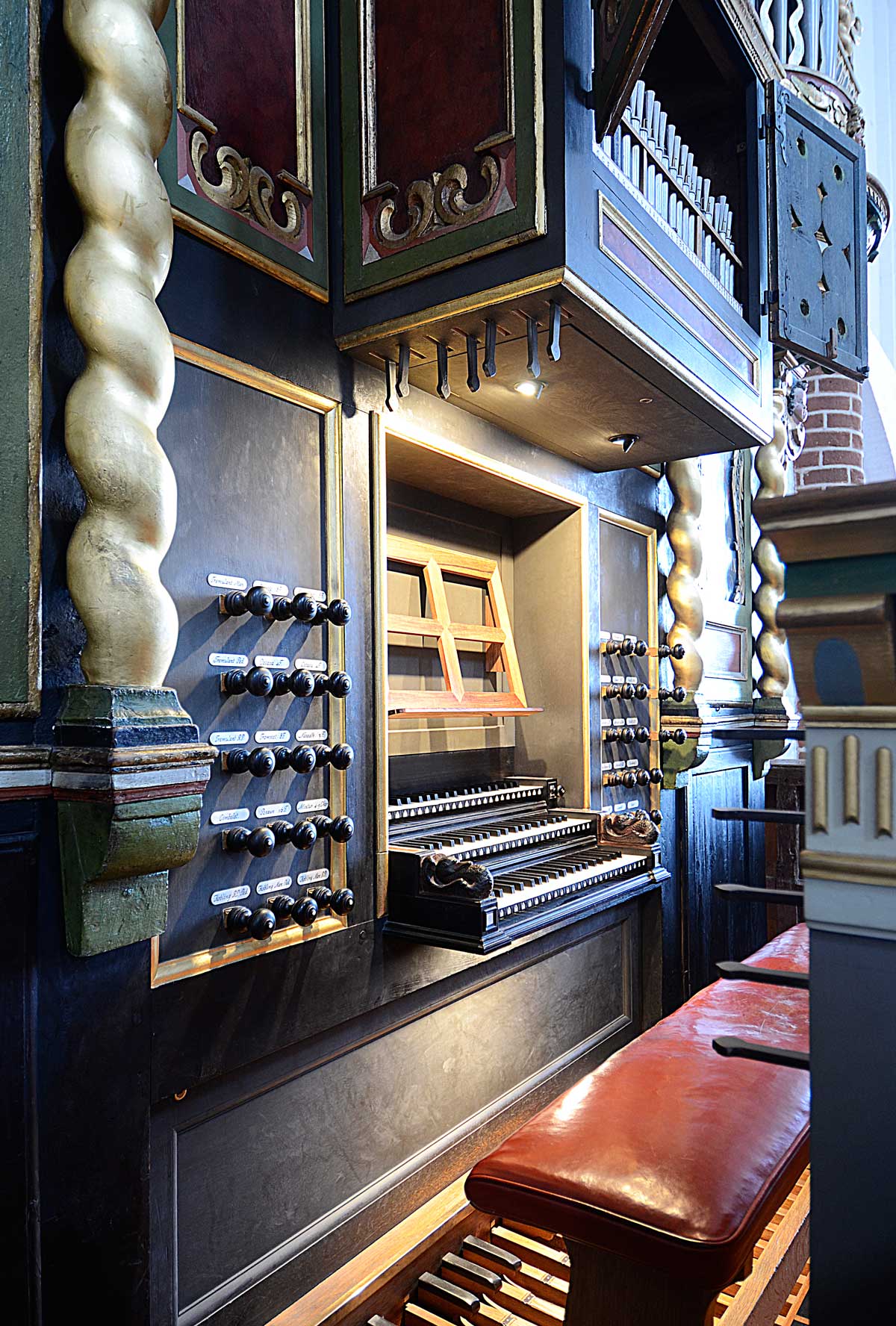 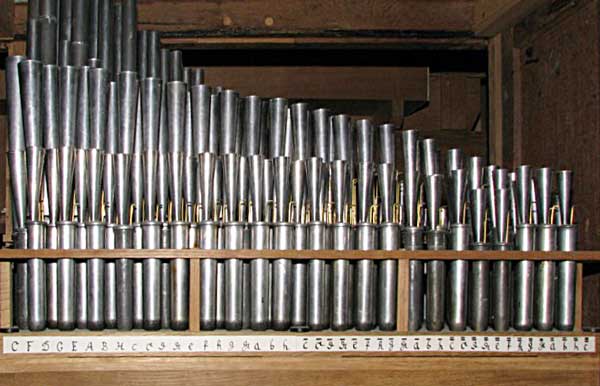 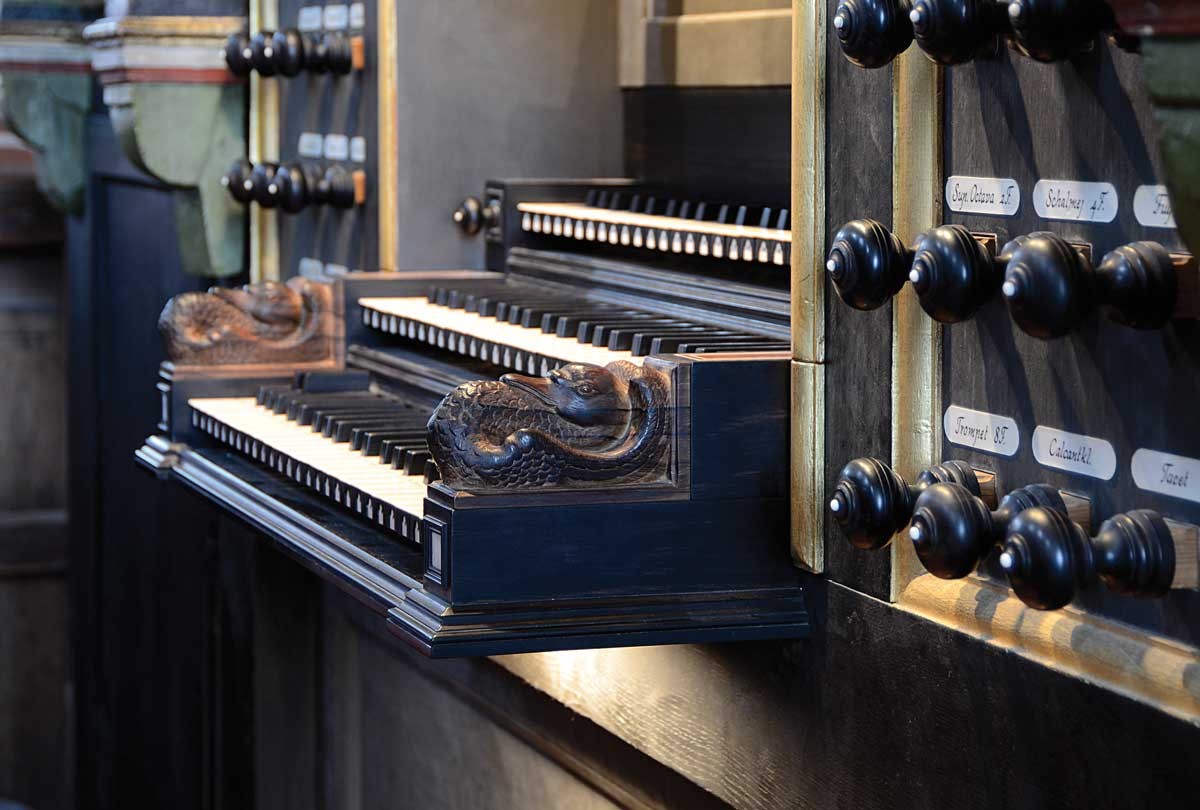 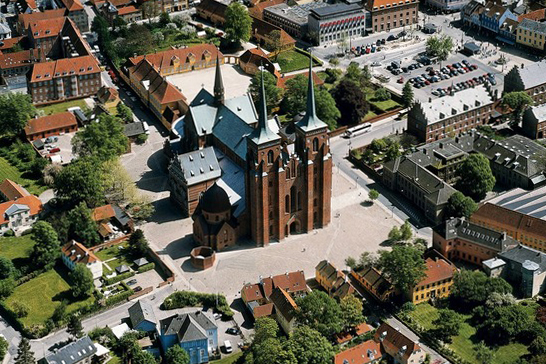