Nyborg Church of our Lady 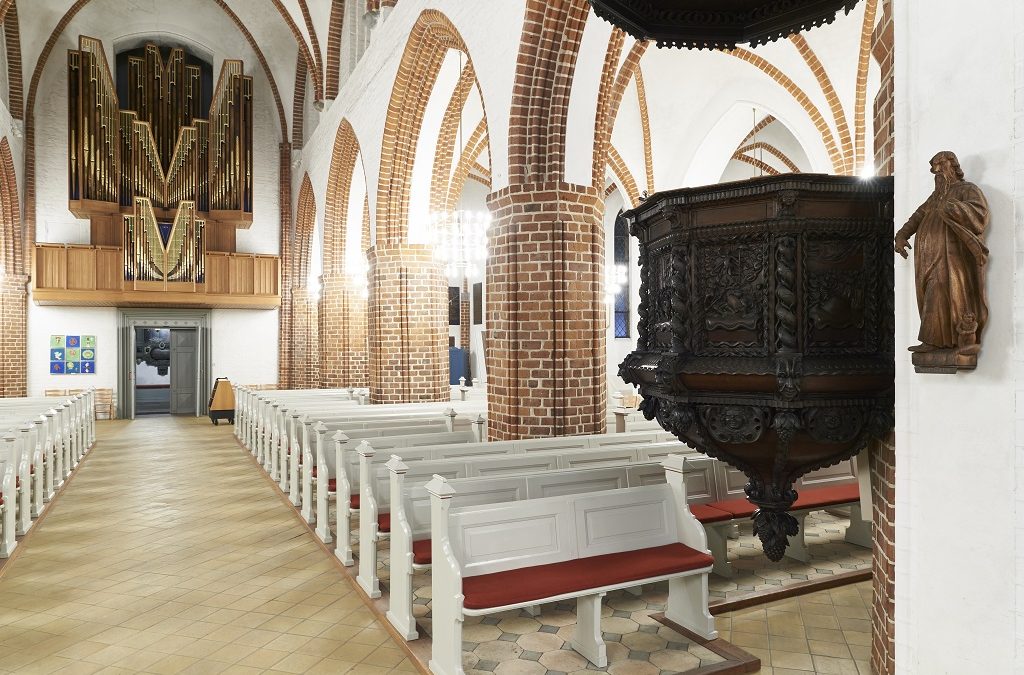 In 2021 the main organ at the Church of our Lady in Nyborg was extended and rebuilt. The organ was designed and built in 1973 by Poul-Gerhard Andersen, partly reusing pipes from the former organs in the church built by P.U.F. Demant 1834, J.A. Demant 1870.

In 2010 a rebuild and addition of combinations system was carried out by P. G. Andersen & Bruhn. The 2021 extensions include both new and historical pipes, mainly from organbuilder Demant.


The organ consultant of the Danish Ministry of Church Affairs states that “the stylistic range of the organ is raised considerably, especially the symphonic literature has improved conditions. Until now the lack of fundamental tone in the pedal was evident, now after addition of Principal 16’ and Bordun 32’, the organ’s sound rests on very solid ground, not only for powerful registrations, as both stops are able to support quiet sounds in e.g. the Swell.

The Swell Principal 16’ offers a fluty sounding weight to the division, without “blurring” the sound, in combination with the not very romantic sounding Dulcian 16' it actually supports an English inspired ”full swell”! The Rygpositiv includes a beautiful Principal 8' – a luxury that every division now includes a Principal 8' – of different characters and each of them in perfect harmony the principal choruses. The Swell organs new Traversfløjte 8' – with historical pipes – is a true joy, with remarkable expression and colour. In every aspect the organbuilders have succeeded to unite the different pipe ”generations” – which is an important part of the Nyborg organ’s identity. 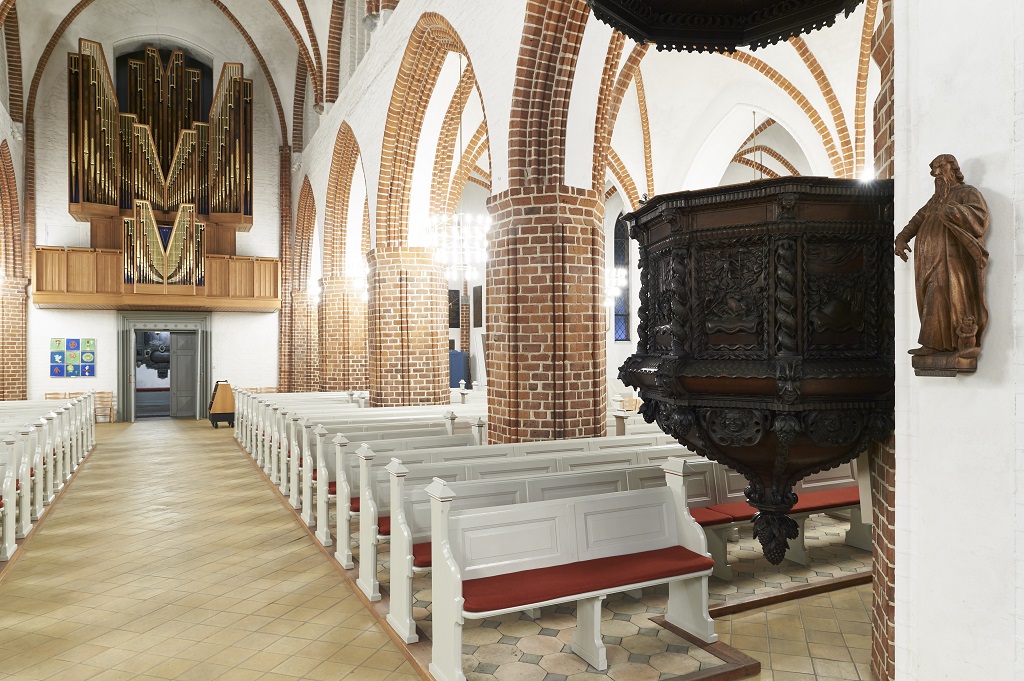