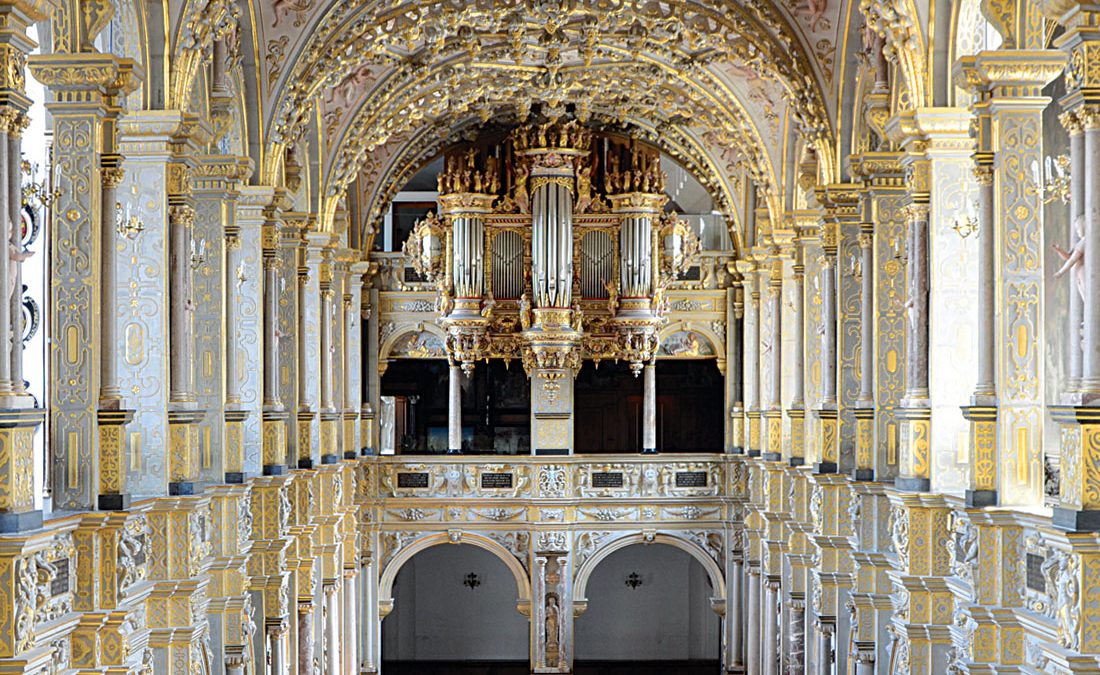 When Frederiksborg Castle was rebuilt after a fire in 1859, Marcussen & Søn were asked to build a new organ for the chapel. The organ was completed in 1864. The facade was crafted as a copy of the Maas/Lorentz organ’s sumptuous facade, while the organ itself was built in the prevailing style at that time, with tradtional classical action, and tonal resources primarily intended for the performance of early romantic music. The instrument had 25 stops distributed over Hovedværk (Great Organ) Præluderværk (a division for chorale preludes), and a Pedal. The wind was supplied by 6 box Bellows.

In 1944-47 the organ was altered and enlarged by the organ builders Th. Frobenius & Co. In the course of the 1950s and 60s a major alteration or enlargement of the organ was called for owing to the increase in concert activities in the chapel. In 1972 the solution was to move the old Marcussen organ to the back of the organ loft in order to leave room for a new P.G. Andersen organ behind the old facade.

In 2002 the organ was restored and the original specification was re-created. The organ had to be left standing behind the new organ, which made it impossible to reinstate the old wind system with the six box bellows. The stop action of the Hovedværk was unaltered since 1864. However it was necessary to renew the Præluderværk’s action from the draw-stops to the sliders. The Pedal stop action is only partly original, since alterations have been made to the specification. The console has been reconstructed by the removal of the added third manual, and the pedalboard has been remade with the original measurements. The action of the Hovedværk and Pedalværk is original, but it was necessary partly to renew the action of the Præluderværk. The wind-chests have been restored, the upperboards etc. reconstructed in accordance with the re-created specification.

In the pipework itself the original tuning-slots were reintroduced into the chorus of Principals on the Hovedværk, where the pipes were correspondingly lengthened and unoriginal soldering on the upper lips removed. The Trompet 8’ on the Hovedværk is the original one dating from 1864. On the pedal the Fiolonsel 8’ and Basun 16’ have been reconstructed after the original scales. The pedal Basun 16’ and Euphonia 8’ on the Svelleværk – both with free reeds – are especially noteworthy. These reed stops with their harmonium-like sound are only preserved in very few organs, and for some years Marcussen only made use of these free reeds.

The old Marcussen organ now stands as the second historical organ – together with the Compenius organ – in Frederiksborg Castle and adorns the beautiful chapel interior. In the organ loft it sounds somewhat loud, but down below one hears how the old instrument can still fill the room with euphonious, velvety sound. 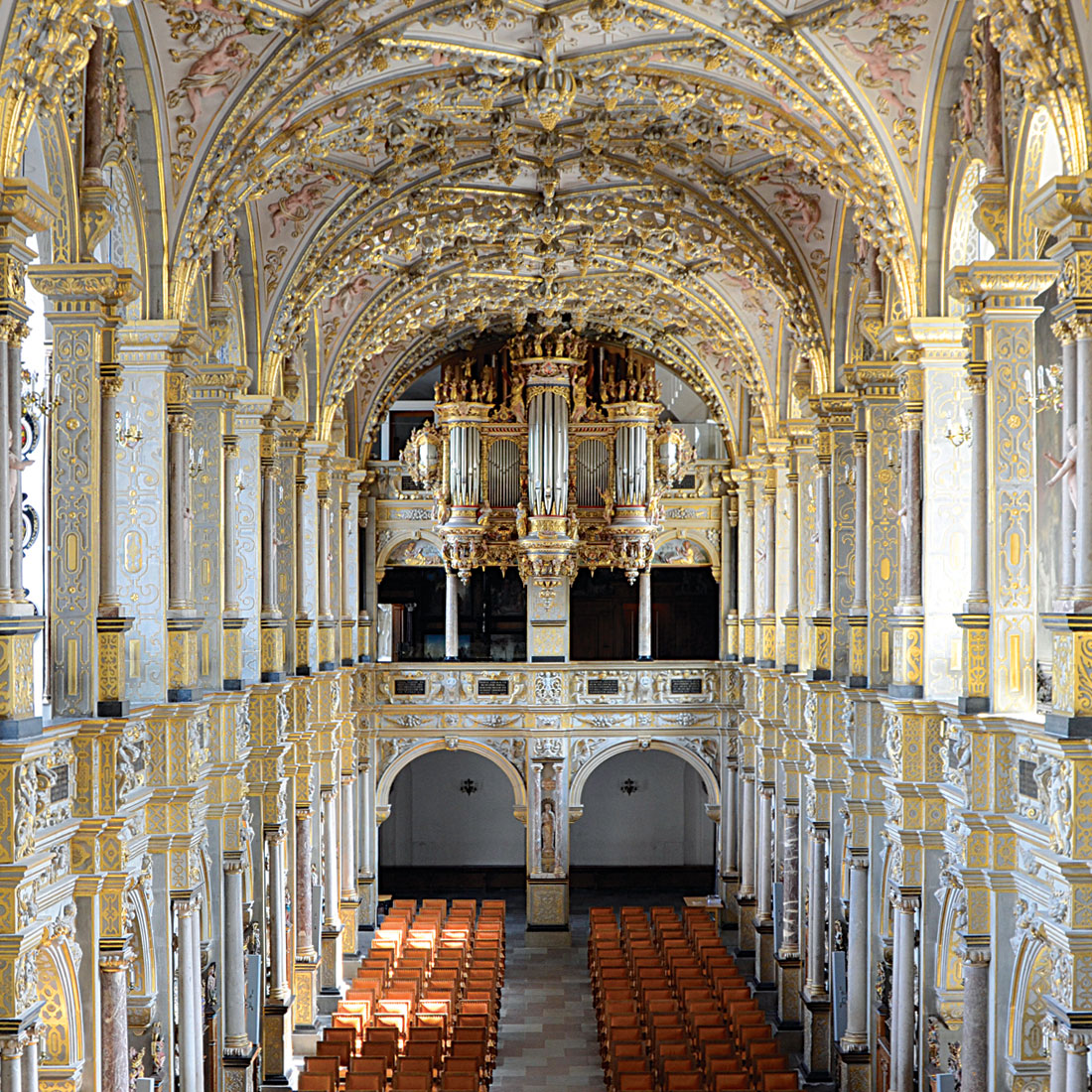 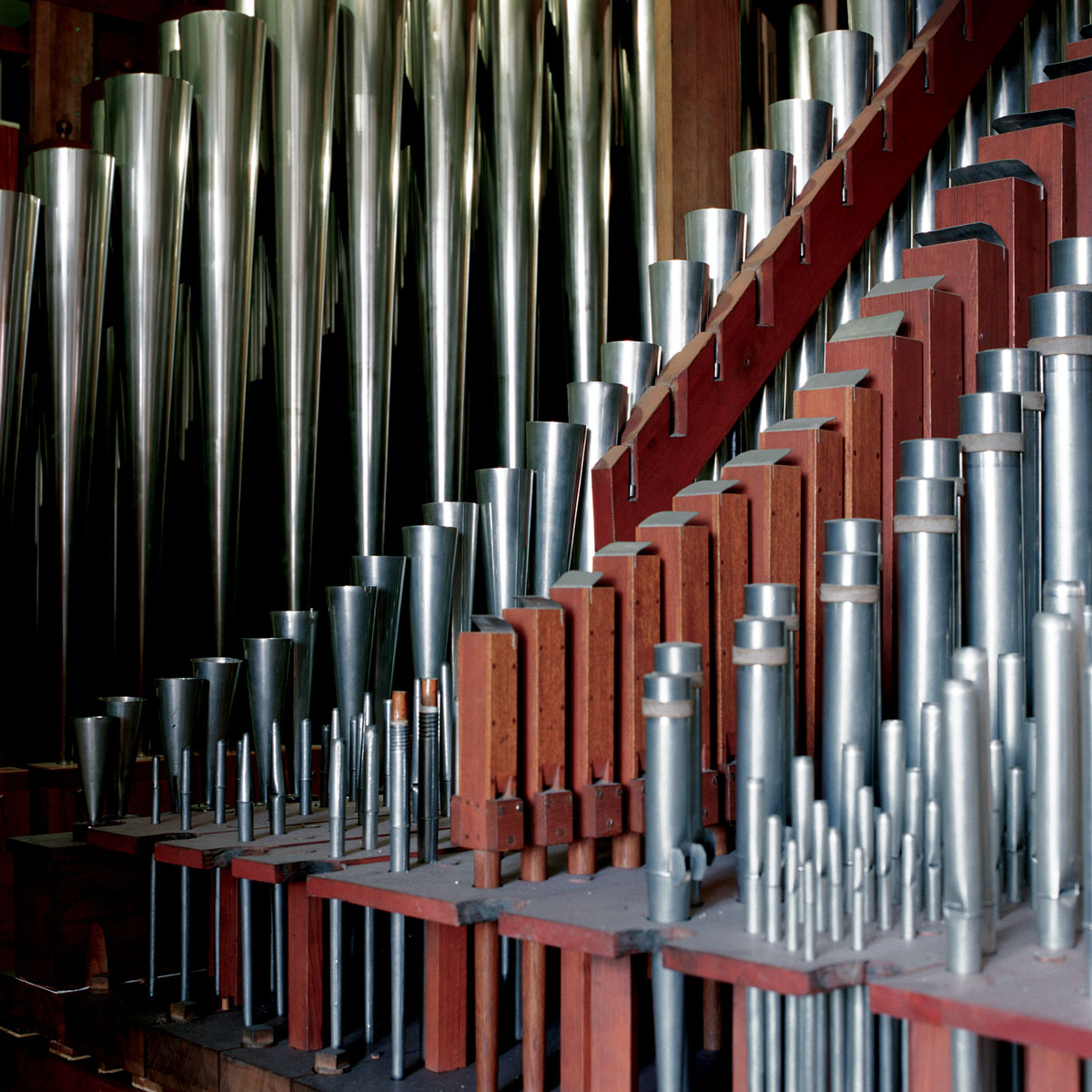 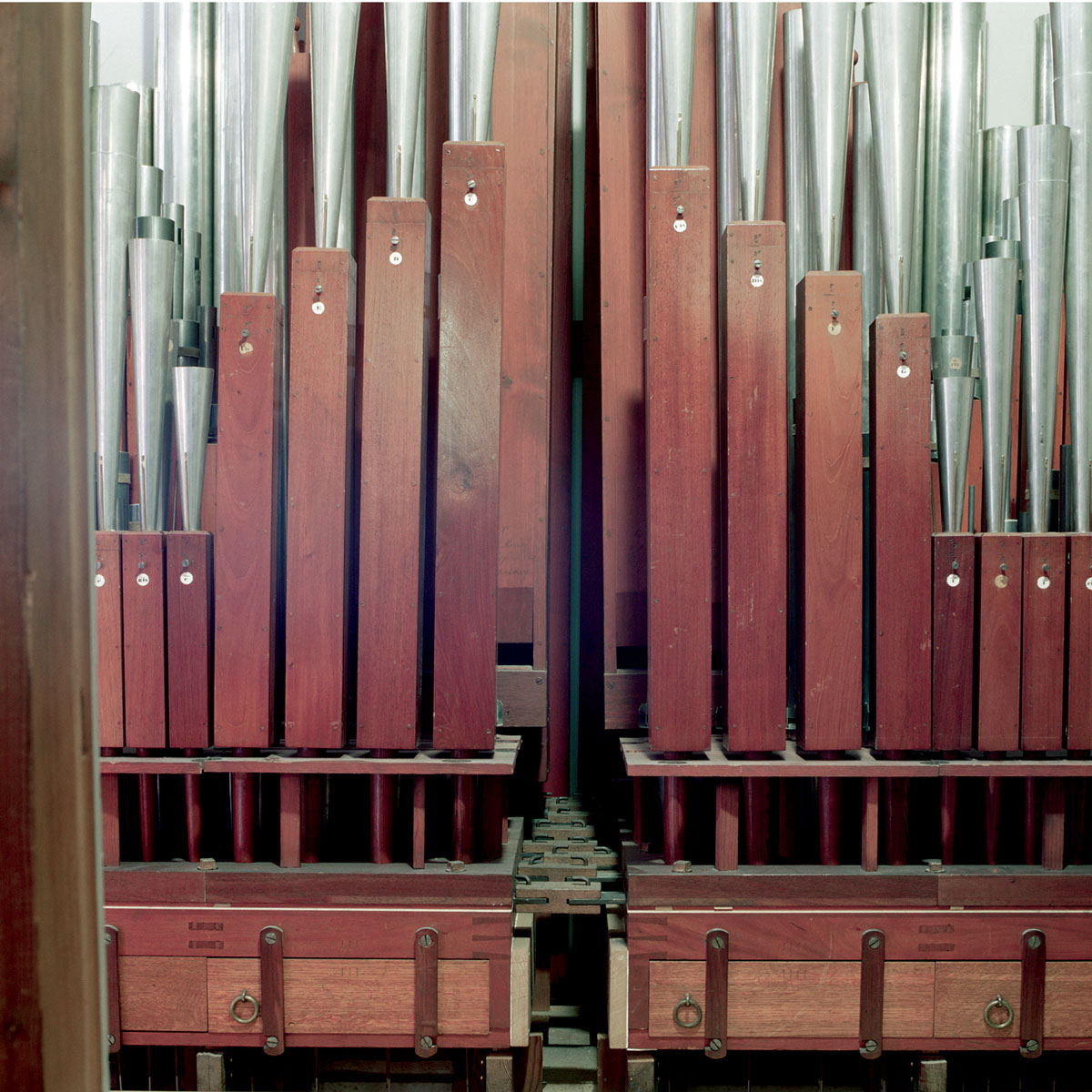 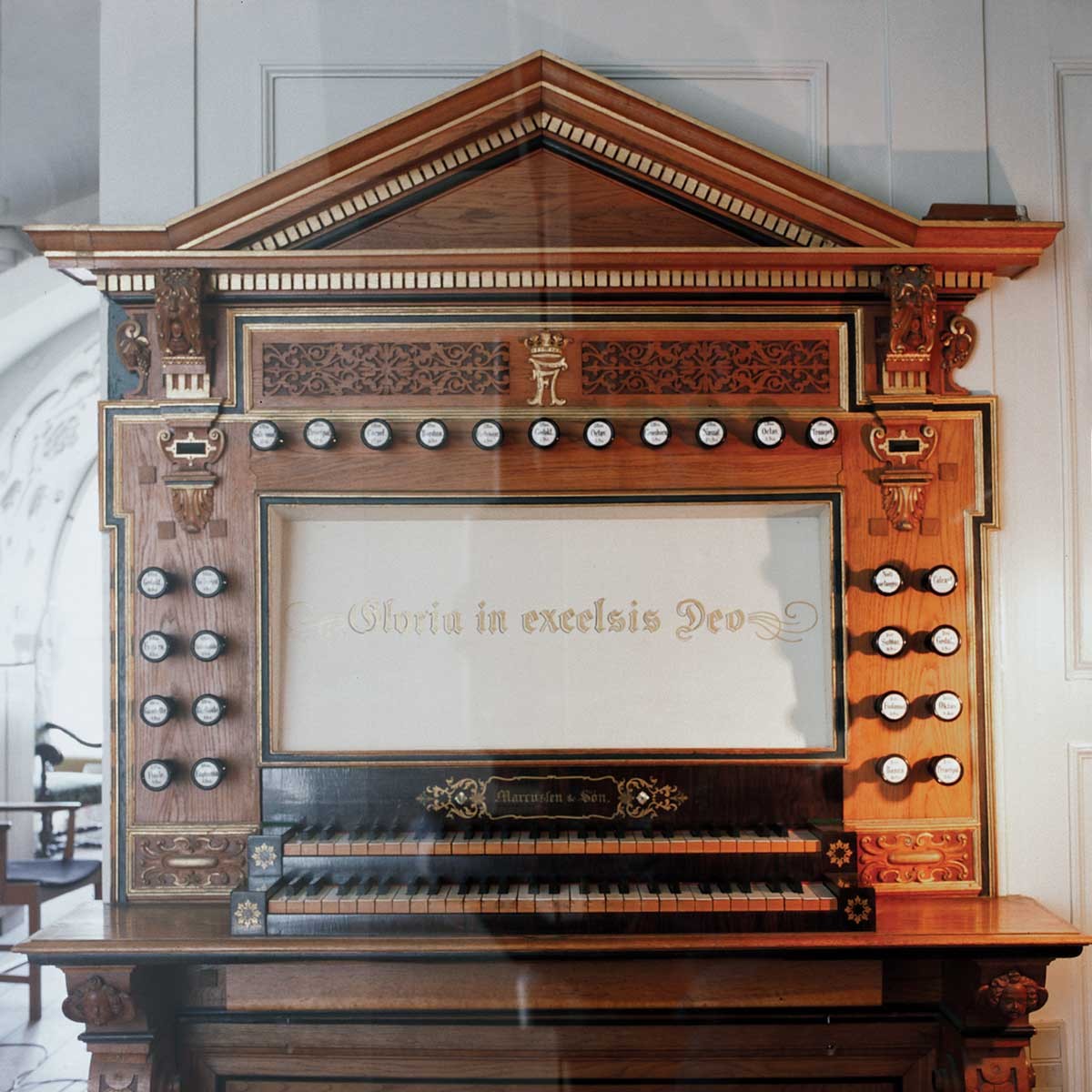 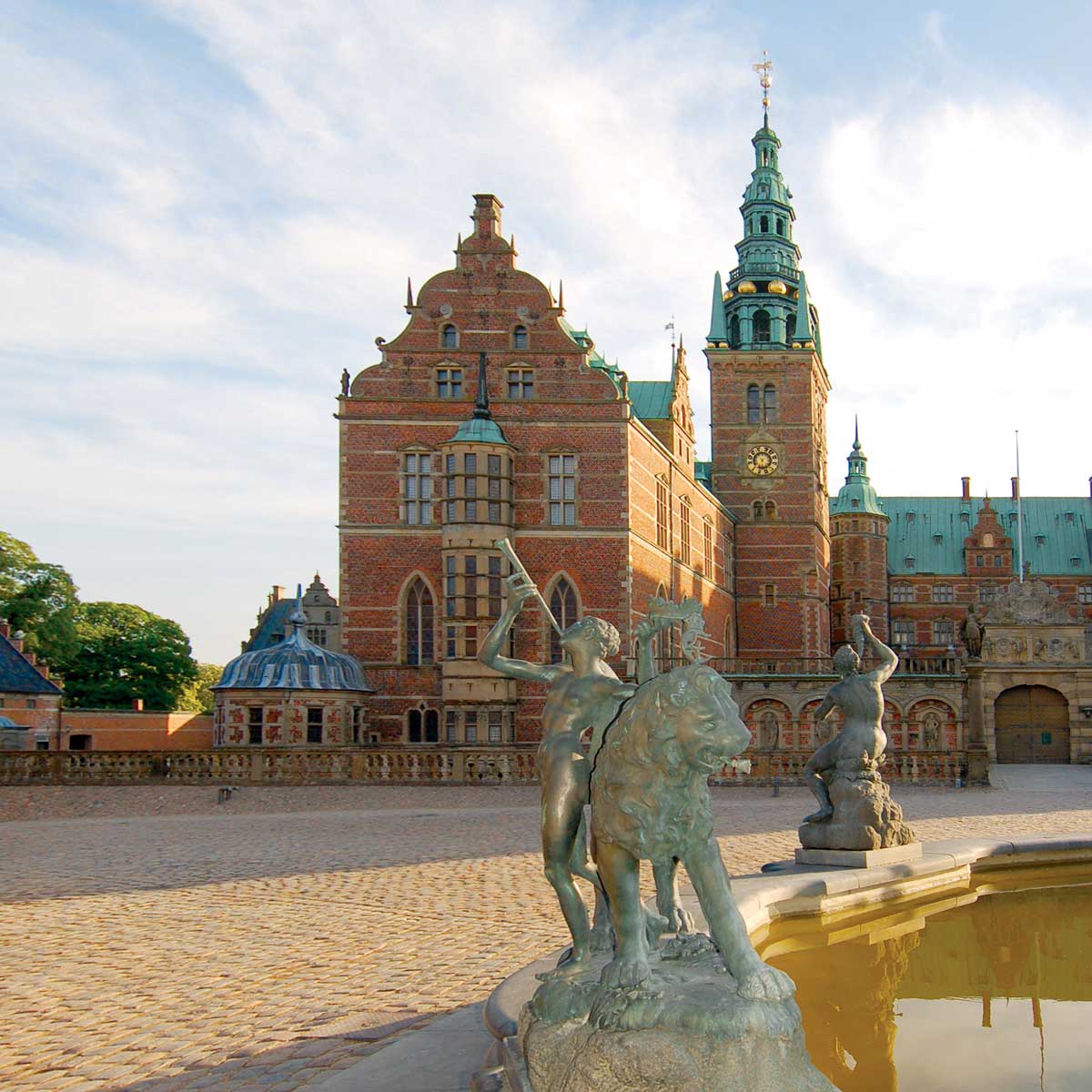