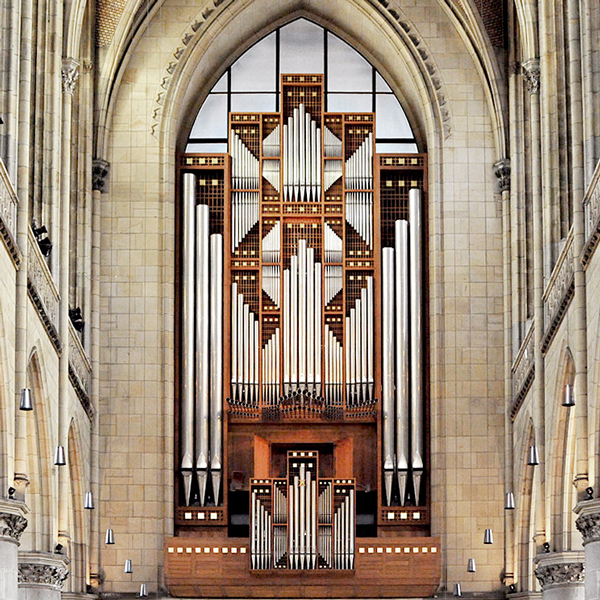 In 1968 an organ of 70 stops was built for for Linz Cathedral in Austria – a building of quite unusual dimensions, where almost twice as many stops had formerly been considered necessary. But by the use of a special, in part newly-developed voicing technique, the new generation of voicers, in this case Albrecht Buchholtz and Olav Oussoren, were successful in bringing off the project in an epoch-making manner. The organ, which not least in its architectural concept was related to the instruments in Fredrikstad Cathedral and Grundtvigskirken, was described by people among the elite of organists as being “one of the best in the world”. 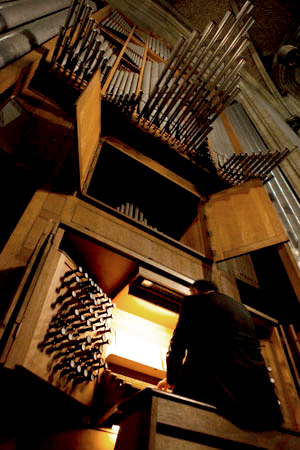