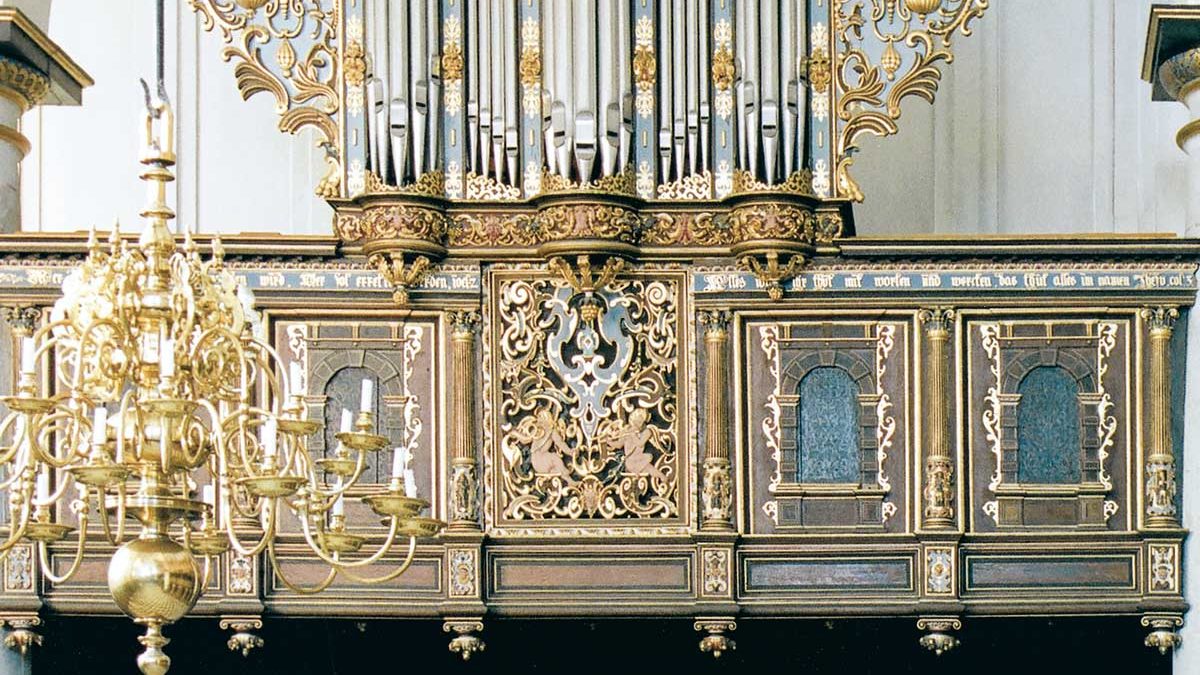 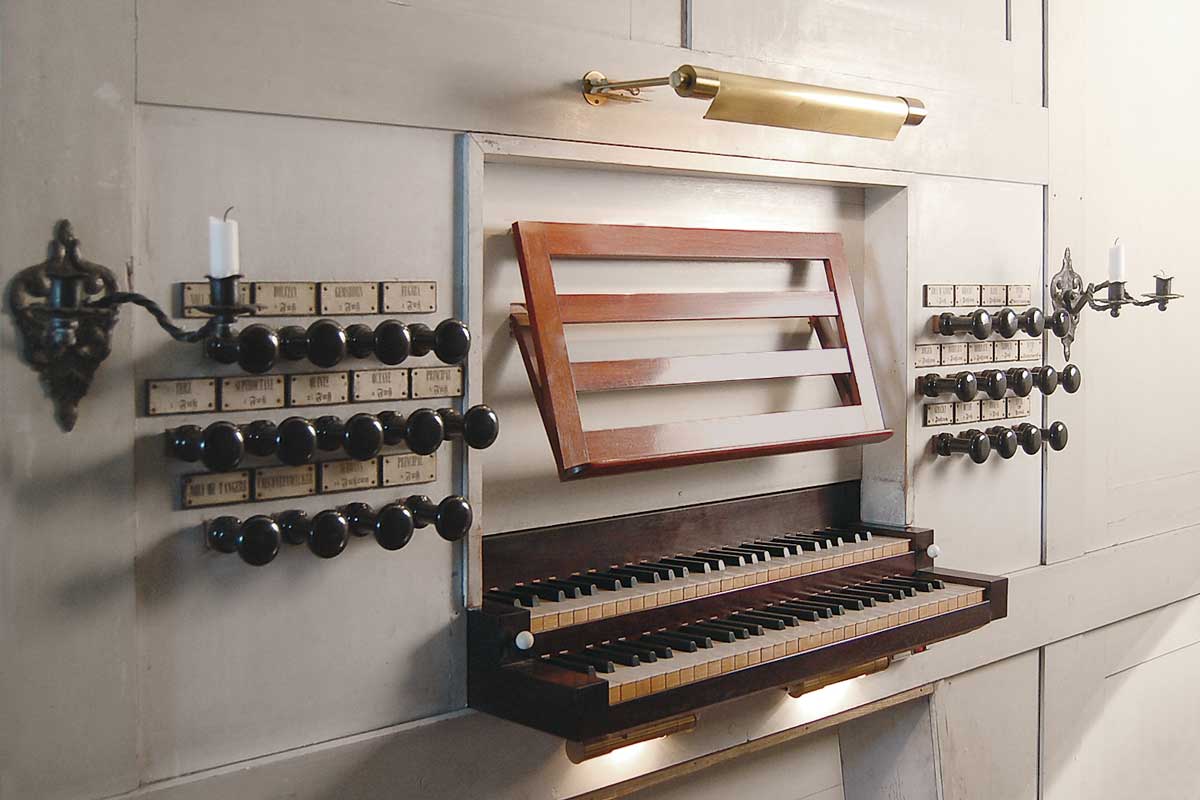 The Danish composer and organist C.E.F. Weyse (1774-1842) was the authorities’ adviser for the building of the organ. His comments on the first two drafts of the specification of the organ have come down to us from his posthumous letters. Although he was a great admirer of Marcussen & Reuter’s organs, he thought their draft too modest: he thought that the Hovedværk (Great Organ) should include a Mixture, that the Pedal was too small and that there should be a coupler from the Hovedværk to the Pedal. Weyse’s ideal was orientated towards the late 18th century organ and a clearly-defined structure of the divisions. However he had difficulty in achieving his aims because of the organ builders. He died in 1842 before any final decisions were made about the project. Another Danish composer and organist, J.P.E. Hartmann (1805-1900), took over Weyse’s rôle as organ adviser. Owing to his age he was more in agreement with Marcussen & Reuter’s ideas about the design of the organ, which even so ended by being supplemented with one pedal stop. The organ for the Chapel of Kronborg Castle which was completed in 1843 was therefore for its time a modern instrument (see the main article’s third specification) with no Mixture on the Hovedværk, which was a well-provided manual for preludes, postludes and hymn playing; in addition there was a modestly endowed pedal. The organ’s other division (Oberclavier) was a weaker echo of the Hovedværk intended for chorale preludes and the creation of remote, heavenly sounds, since somewhat unusually the department was enclosed in a Swell-Box. The instrument is a superb example of conceptions about organs at that time, where classical registers reinforcing the overtones had to give way to new stops capable of providing atmospheric music, which in Denmark was a pronounced feature of music in church services until well into the 20th century.

The organ ought not be judged according to the ideals of the Organ Reform Movement, but should be seen as an instrument which was primarily fashioned by the needs of that time for improvised music in a liturgical context.

Marcussen’s associate, Andreas Reuter, who voiced the Kronborg organ, has left a number of comments on his work. He was satisfied with his work, which for us is extremely interesting, since the organ has survived in a completely authentic form. It is in fact a unique example of its time and therefore a gem in Danish organ building. Not least through Reuter’s remarks on the voicing do we receive a first-hand account of what he himself found important: about the Principal 8’ on the Great Organ he writes:…sie intoniert präcis und schön (…it speaks promptly and well). This description applies to the voicing of the whole organ, a fact which has since been characteristic of the most brilliant periods in the work of the Marcussen firm.

The existence of the Kronborg organ was seriously threatened at the beginning of the 1980s, when there was strongly persistent criticism of the organ. It was thought to be out-dated, both technically and tonally. Thanks to the resolute efforts of the state organ consultant of the time, who with technical insight was able to argue in favour of the organ’s importance, the organ was saved and was subjected to a for the time careful restoration. In 2002 Marcussen & Søn made good the negative effects of this restoration regarding the mechanics of the instrument, and a cuneiform bellows was added, which is alone connected to the wind supply by a centrifugal blower; as an alternative to this the three original box-bellows from the hand of Marcussen & Reuter are still preserved. Finally certain registers were again revoiced. The organ now stands as a well-preserved monument of the organ building of the time, and the masterfully executed work done on the voicing commands respect. (Exracts from Henrik F. Nørfelt’s article in:Marcussen & Søn Orgelbyggeri 1806-2006, ISBN 87-981244-1-2) 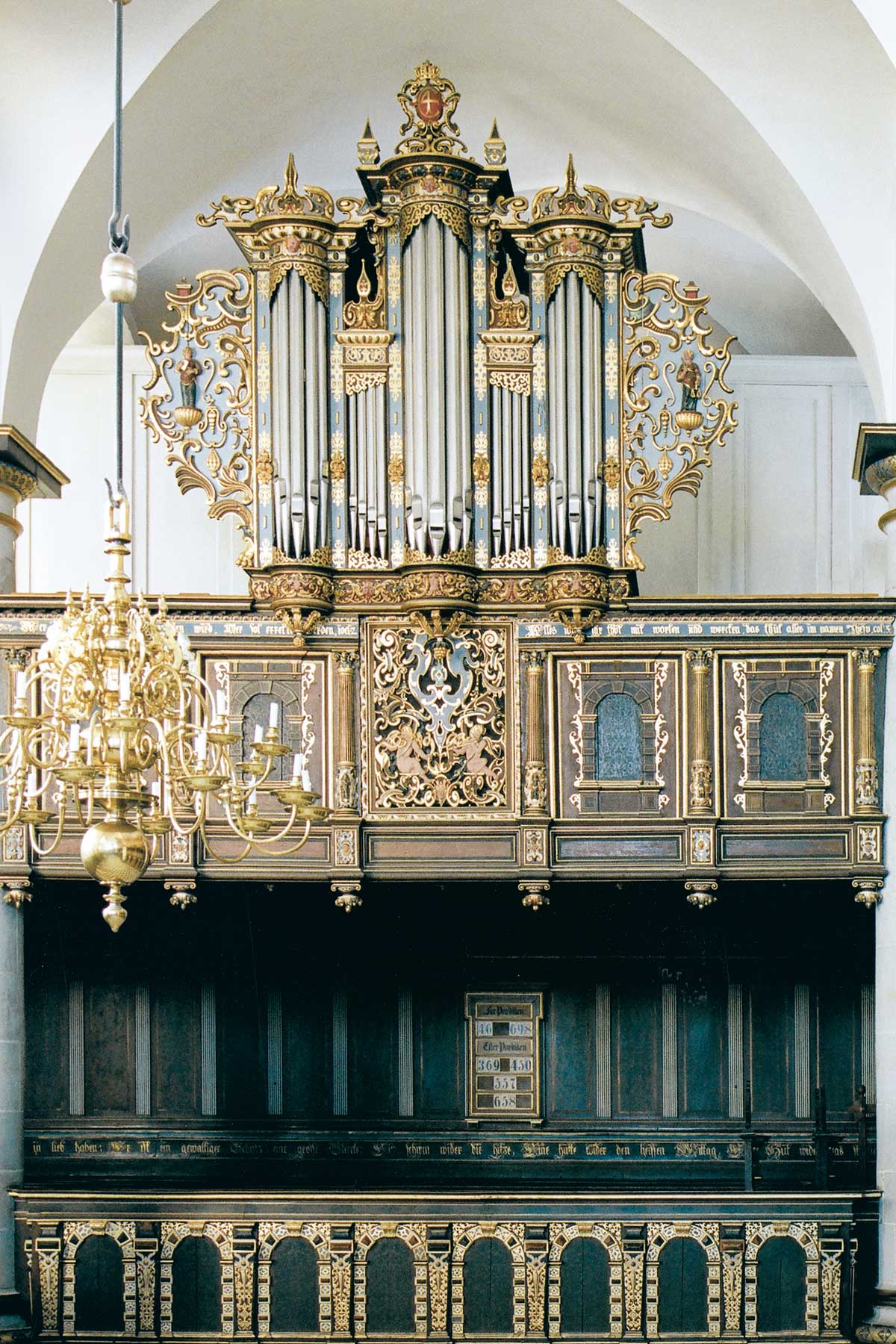 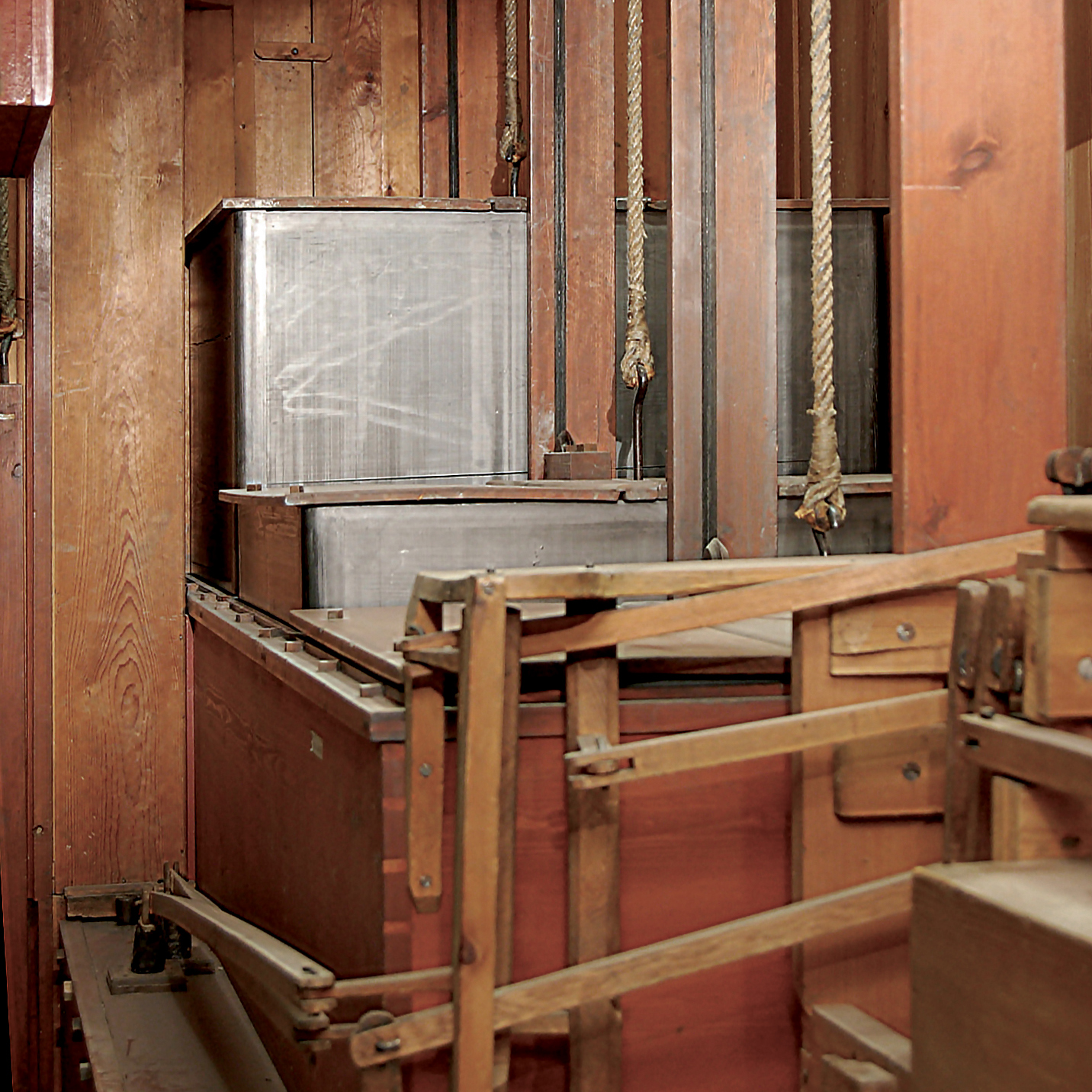 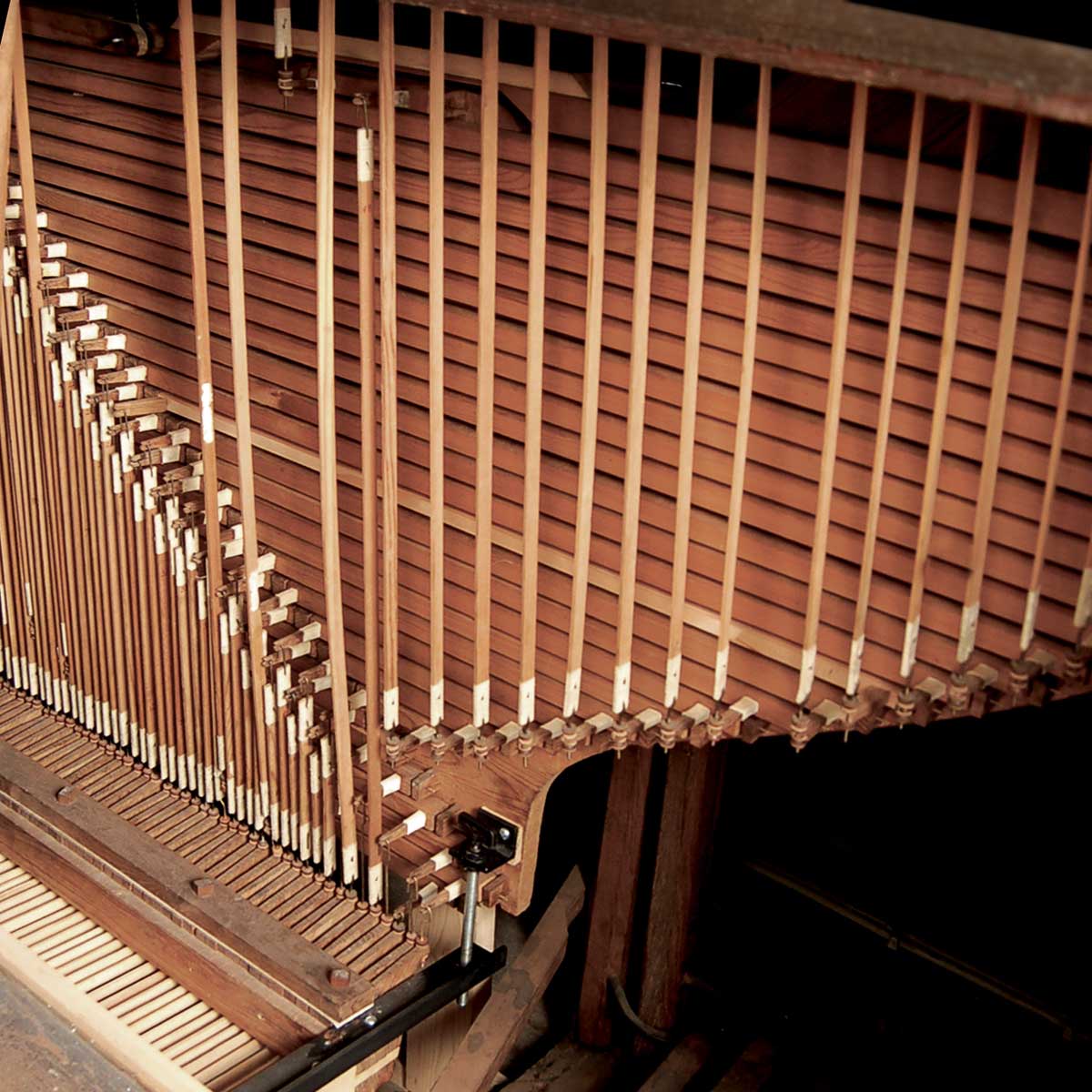 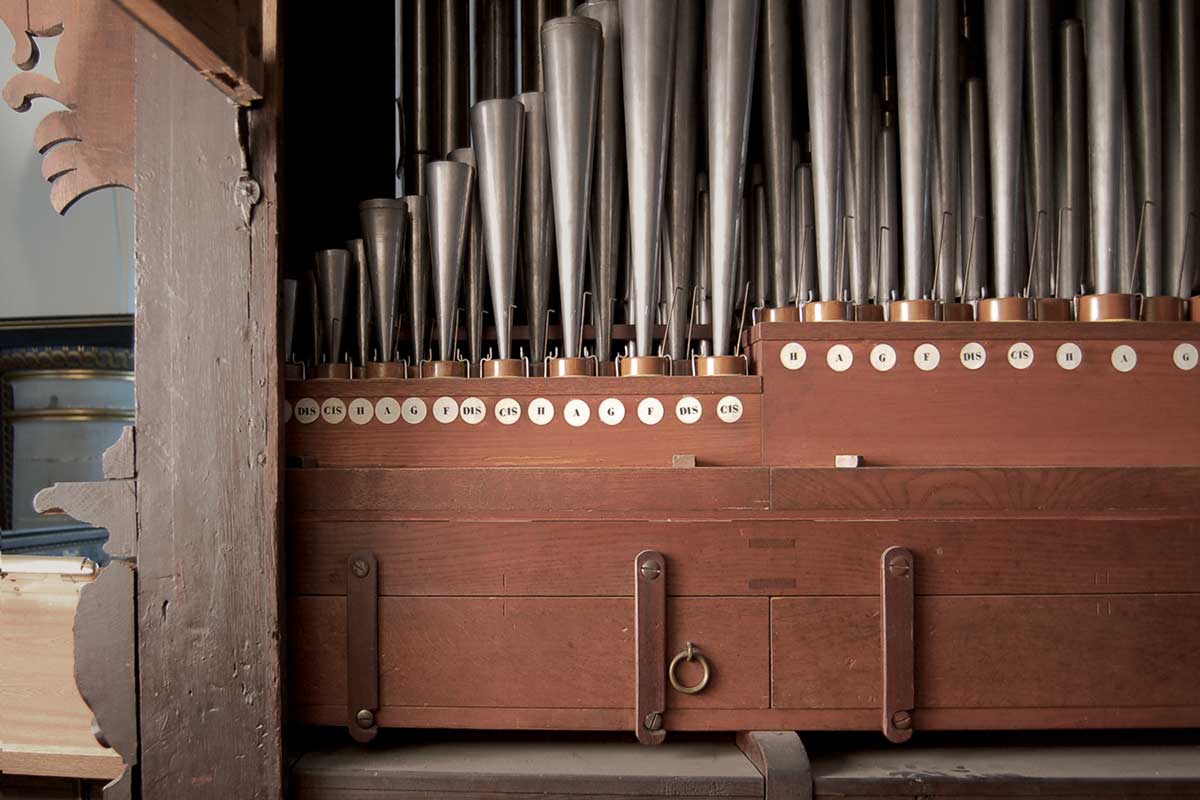